Reflecting on the concepts of streets

In urbanist circles, the modernist architect Le Corbusier has become sort of a boogeyman, whether or not that representation is fair or not is up to everyone to judge (I personally think it's rather fair). One of the most  One of the most damning quotes we hear from him is "death to the street". The street is generally seen as the defining place of cities, so that is completely heretical for most urban-minded people.

However, I have to correct the quote. The real quote is "Il faut tuer la rue-corridor", "we have to kill the street-corridor". Already, this adds a certain nuance to his comment. A corridor is a part of a house that only serves to connect different rooms, it is merely a place of transit, narrow and frequently without natural light.

Reading the real quote made me think about streets and about how different cultures at different times approached it differently. Again, disclaimer, this is me thinking out loud, if I take a seemingly authoritative tone sometimes, that is just my way of speaking neutrally and not a claim of authority. I am open to the idea of being wrong.

So what was Le Corbusier talking about? Well, if you check out old European cities, you would notice that streets are indeed very narrow, only the strict minimum required to let people and vehicles through. When the street ends, the buildings begin, there is no space between building and the street (including the sidewalk here). As a result, there is no semi-private area, you have a pretty drastic contrast between public space and private space. As a consequence, unless you have stores on the first floor, you have very inward-looking buildings, where there is a distinct lack of windows facing the street on the ground floor, very rare balconies and often shuttered windows.


Even some more recent developments have kept this attitude of putting a narrow street with homes with closed fronts, but huge backyards. Like this example in Amiens:

Streets also seem quite narrow, to serve essentially as a way of getting from point A to point B. They could still become interesting places if buildings on either side house ground floor shops and restaurants, as these places are open to the public and form kind of an extension of the street.

I think in a way, what defines the street-corridor, more than width, is the clear limit between public and private space and the use of the street mainly for transit. In that way, the street is often made only as wide as it needs to be, because it is largely seen as a necessary evil to provide access and the narrower it is, the more space can be given over to private uses. Though buildings front the street, they are generally closed to it. Which actually means that streets like these...
...have a lot in common with the previous streets, except the scale is different as it is built for car transportation rather than pedestrian traffic. But otherwise, both have buildings that are closed to the street, a clear delimitation between public and private space and a street serving through traffic rather than serving as a place.

The street as common space

This is something that is particularly common in North America. Nathan Lewis on his blog refers to North American streets as "hypertrophic" and notes how wide they were built even before cars came. Contemporary documents seem to reveal that the streets weren't completely unused, though they were much wider than necessary for transport, they seemed to have been used as a sort of communal front yard and playground for residents. Often, this came with a reduction of private space, through smaller back yards.

Houses are often more open to the street in these areas rather than closed on themselves, there are more windows at ground level and some buildings have small porches or balconies and other attributes that favor a smoother transition between the public space of the street and the private space inside the houses.
In the last case, there is some small setback between the houses and the sidewalk, which protects the privacy of houses without requiring them to close down and provides for a private space that is nonetheless visually part of the public realm of the street. This provides a façade, a way for residents to display their personality to the community passively by how they maintain this private portion of the public realm.

Now, when motorization occurred, these wide expanses of common spaces vanished from cities, being taken over by cars, whether in movement or parked, depriving city residents of this public space and kids of their playground. It would be hard to conceive of wide streets used that way nowadays, as they would likely host parked cars or have traffic at high-speed unless there was particularly effective traffic-calming deployed.

It makes me wonder if, at least at first, suburbs with low density and off-street parking requirements were built to preserve this function of the street. For instance by allowing kids to play hockey in the street (or stickball in the US), thanks to low traffic and the absence of parked cars on the asphalt.

BTW, anecdotally, my mother has many French friends from when she taught a few years there. When she invited them to our sleepy suburb, her friends were amazed by how open the houses were to the street and that people on the streets could, if they wanted, look inside the house. So, ironically, though North American countries are considered more individualist than Europe, the built environment of North America is in a way more oriented towards the community, with private residence being more open to the neighborhood.

The street as a park/forest path

This is an anti-urban conception. In this concept, the street and private houses are separated by a large buffer with plenty of trees along the street, in order to really separate houses and street and preserve the feeling of being in a park or a forest even if you're in a developed area. The goal is largely that the street should not be seen from the building, nor the building from the street. The result is a disconnection between developments and their lots, with little or no urban fabric, even when the area is high density (the famous towers in parks). A trick that is sometimes used in these developments is to have buildings at an angle or perpendicular to the street.


And now for the denser examples:
Seeing Stockholm in Google Maps is quite interesting because it has a rather unique form of development. In a way, Stockholm's suburbs are a bit like a transit-oriented Texan suburb, with developments self-contained in semi-cul-de-sac, connected by streets that look like forest roads. The big difference is that most developments are much higher density and have access to transit, either buses, trains or trams. Each of these developments seem to have a specific building type, which seems to bear the mark of strong centralized planning. The street grid of Stockholm consequently completely breaks down outside the core urban area. If anything, it proves that this kind of development can result in transit-friendly cities, as Stockholm's transit mode share is extremely high, 35%, but walking is much lower at 17%. (Source)

Here is another example, Moscow, where the communist leadership liked the "tower in the park" concept. 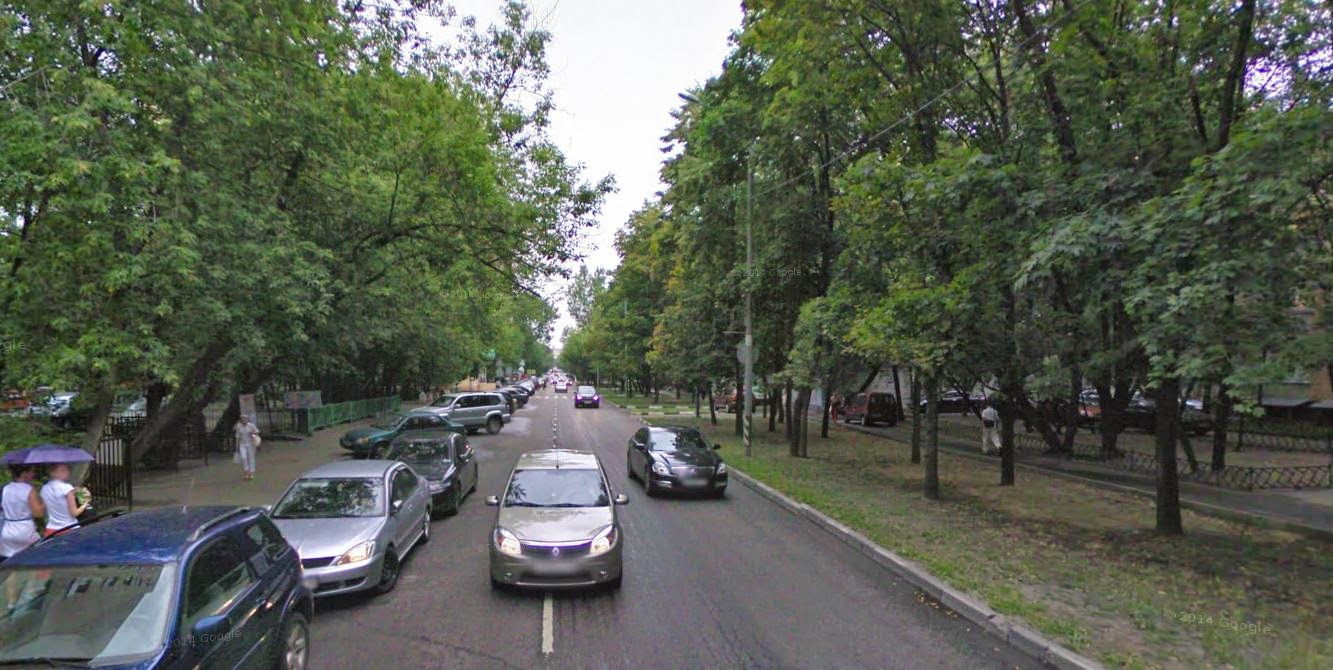 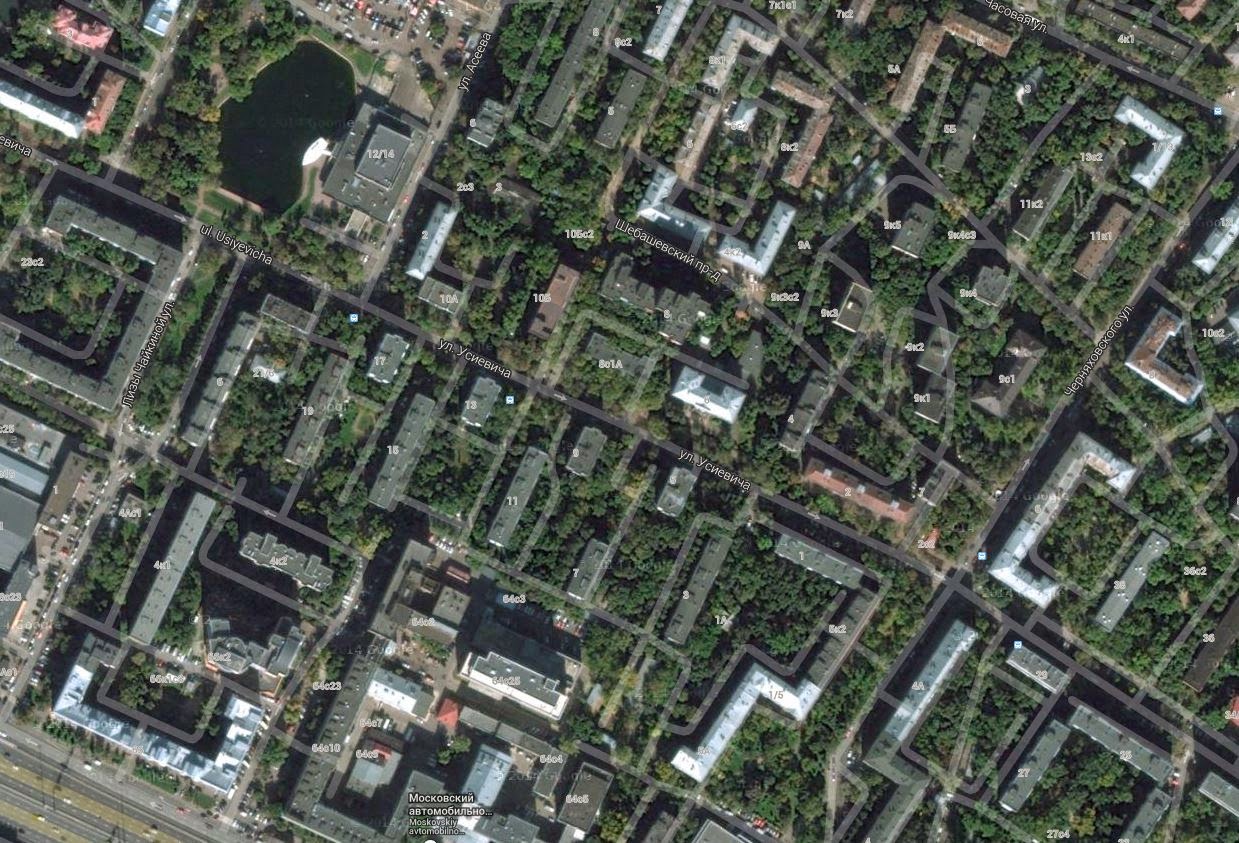 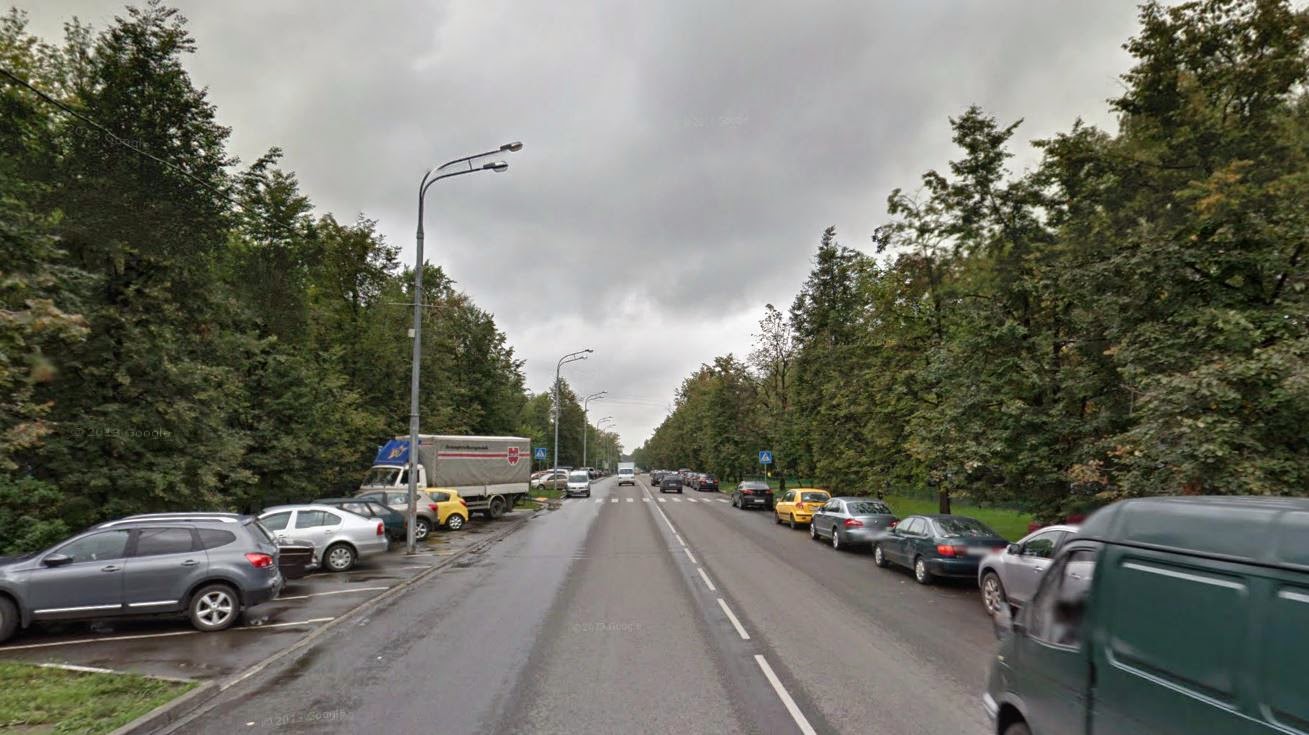 The big failing of such a treatment to streets is a tearing of the urban fabric and the loss of "eyes on the street". Since the street is isolated from the developments, it becomes much less secure, especially at night.

Not really any conclusion here. This is a pure case of thinking aloud about how different cities and cultures build and conceive the street in relation to developments, whether developments front the street, whether these buildings are open or closed to it.
Posted by simval84 at 1:22 AM