In my last post on the obesity of midrise apartments, I mentioned that one possible solution to what I perceive as a problem is to restrict FAR (Floor-Area Ratio) tighter and loosen setback and height limits so that buildings' density be more limited by FAR regulations than geometric regulations. I got a bit of pushback on Twitter for that, and it's quite understandable, as it seems unintuitive and even counter-productive.

Unintuitive because whatever we might think of them, setback regulations and height limits can be justified, convincingly or not, by the idea of externalities. Buildings that are too high or too close to property limits are viewed as intruding visually (if nothing else) on neighboring properties, arguably justifying regulations to reduce these impacts on other properties or on the street. FAR regulations don't really have this argument though, not in a direct way anyway.

Counter-productive because, well, FAR is the best metric for built density. So by arguing for stricter FAR regulation, that means a restriction of density... when I've been arguing (and still do) for more density usually. Isn't that the opposite of what we should want?

Well, give me some time and I'll explain why I'm arguing for this.

The role of FAR in determining land value

One thing that's important to understand is that URBAN LAND HAS LITTLE TO NO VALUE IN ITSELF.

But urban lots are very valuable, so how can I say that?

Simple. Urban land has no value, it is the building allowance tied to that lot that has value. Developers buy land in order to build valuable buildings on them and reselling them. Speculators buy land they think is underpriced or will increase in value to sell to a developer down the line. So urban land's value is ultimately determined by what developers are willing to pay for it, and what is a developer willing to pay for a lot?

There's essentially three variables that help determine what a developer will be ready to pay for an urban lot.

So you can sum up the value of an urban lot, regardless of its actual size, by the formula:

Okay, profit margin should be included there as well, but for simplicity's sake, let's set it aside since it would only complicate explanations and anyway, it's pretty much a constant.

You'll notice I put "less than or equal to" in there rather than an equal sign. That's because lot value can be less than the formula, if speculators face a lot of competition and pressure to sell, they can choose to sell for less. But a developer cannot pay a lot more than he can hope to get as income from it, he would go in the red if he did that, whereas the speculator is, usually, just cashing in his profits. Sacrificing a bit of your profits is easier to do than committing to your own personal bankruptcy...

Looking at a micro view, meaning from the point of view of one economic actor (the developer), two things are essentially independent variables, the market value of housing per square meter and the construction cost of housing, which are determined by market conditions in that neighborhood and the construction industry. The one variable that can change most is the amount of square meters of floor area they can build, because it is an outcome of municipal regulation and the developer can even ask for zoning variances or changes to increase it (thus increasing the value of the lot).

The area that can be built ties directly to FAR. So, if my understanding is correct, FAR is directly proportional to the value of urban lots.

So, the conclusions of this reasoning are the following:

Therefore, FAR regulation, though it doesn't reduce externalities, does reduce economic uncertainty and helps facilitate deals between speculators and developers to allow the development of land.
I'll point out that FAR limits are a major part of Japanese zoning, the description of which I'm most well known. And if you agree with my assessment that the Japanese zoning system works uncommonly well for a zoning system, I don't think you can discount the role that FAR regulation plays in it.

Furthermore, it's important to understand that FAR is essentially always regulated by urban regulation and zoning. 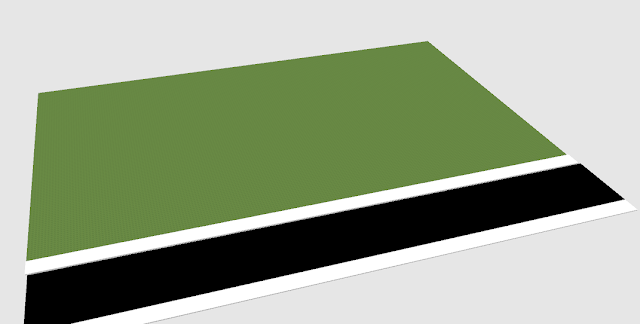 Let's suppose there are front and back setback regulations of 6 meters, and let's draw them on the lot: 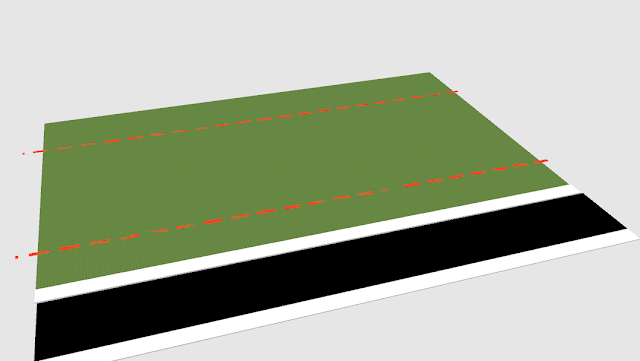 Let's also suppose that there are side margin requirements of at least 3 meters on each side: 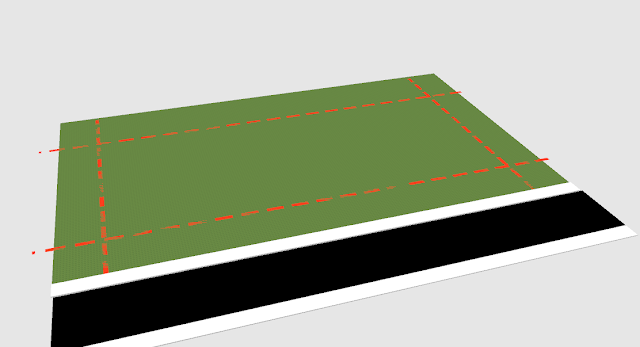 And then let's suppose there's a 6-story height limit: 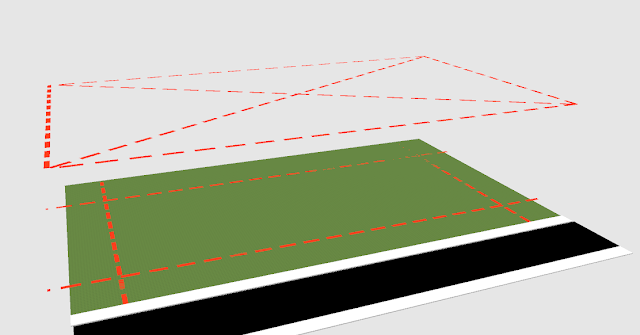 The result of all these regulations is a box within which it is allowed to build, and outside of which it is illegal to build. 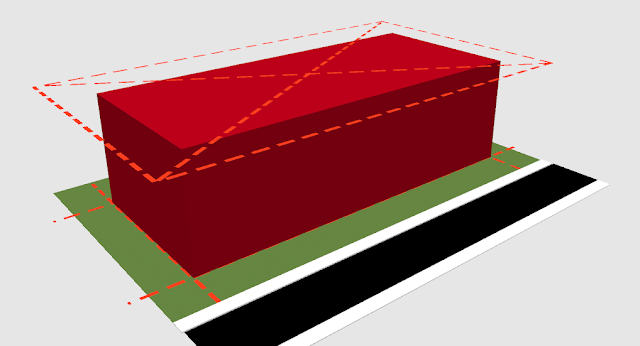 De facto, these geometric rules represent both:
So there's no reason why you need an actual FAR maximum then, because it's already provided for by other rules, correct?

The issue is that the lot's value is proportional to FAR, and if your allowed FAR is determined by geometric regulations, then developers willing to build up to the limit in every way will easily outbid anyone trying any other design. So basically, without an actual FAR restriction that is lower than the de facto FAR restriction of geometric rules, by setting those geometric limits, you already imposed on a developer the envelop of the building he will build. Notice how the last image's red block is nearly identical to those obese midrises I described? That is not a coincidence.

Let's continue on the previous example, the de facto regulations of the building are the following:
What happens if a developer who read my previous blog decided to make a 16-meter deep building only to maximize exterior walls and provide for more bedrooms per floor area? Well, his maximum FAR would be just about 40% by story, so 240% total.

That means that the FAR optimizing developer building obese midrises is going to massively outbid the slim building developer, his bid would be 50% higher because lot value is proportional to FAR.

Alternatively, that would mean the thinner building would need to be able to sustain a much higher price per square meter to be viable. How much higher? That depends on how expensive the land is, so I'll answer by a table:

So, as we can see from this table, the more expensive land is, the more the premium that will have to be paid to afford the thinner midrise and its units with more bedrooms. Which means in suburban areas, building less than the maximum FAR is actually doable, it will increase prices by only 10% or so by square meter... but for areas with high land costs, the difference becomes incredibly high, making the thinner option completely non-viable.

So, to sum up, by restricting FAR through geometric regulations rather than directly, you:
Note that other regulations can also affect what is built. For example, minimum parking requirements famously restrict the amount of units that can be built by the amount of parking that can be provided for them on the lot. So in areas with little FAR restriction and high parking requirements, you're likely to get extremely big units, as it's the most profitable form of building that can be built... which likely explains the insane housing consumption of most of America.

So my proposal after this reflection is the following: