As I said on my article on the basis of supply's effect on housing affordability, what creates a "ceiling" to housing prices is simply the ability to build new housing. If building housing costs less than the current asking price, people will build housing, if they can, and so prevent price increases, or even lower prices. The cost of adding new units is thus how housing prices can be kept down. But to be able to keep prices low, you need to be able to build new housing.

The main thing zoning does anywhere when it's applied to residential neighborhoods is limit the amount of units that can be built. Yes, even Japanese zoning, which limits the building's area on its lot and the Floor Area Ratio (the sum of all floors' areas over the size of the lot). Though they don't restrict directly the number of units that can be built, there is a minimal amount of space people and families will accept.

Anyway, this means that zoning imposes a limit on density, on the number of units that can be built. If a zoned area achieves that maximum density, then it's built out, there are no opportunities left to add new housing. The area is thus in a situation of housing shortage. Whether prices will explode is only a question of how desirable the area is and how many other areas are available in the region that aren't built out.

An example of how shortages develop in a zoned context

Let's start with a certain small area, zoned only for detached single-family houses with minimum lots of 20 meters wide by 30 meters deep (66 feet by 100 feet). The area gets open for business, and divided into lots, on which only a handful of houses are built: 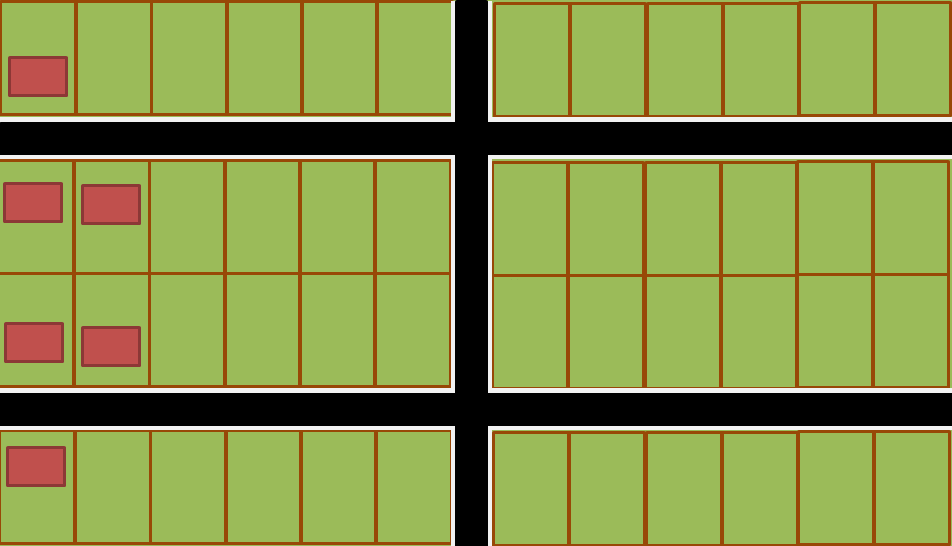 In practice, only 48 housing units can be built, only 6 have been built thus far, there are still 42 lots left and people arrive gradually to settle in the area. All is fine, prices are low as there are quite a few lots available. If the lots aren't all owned by the same company, someone who wants to build a house can just see who sells his lot the cheapest and buy it, there is a lot of competition to sell lots, so the price of these lots will still be low. Likewise, people can't price houses too high, or other people will just build houses next door and sell them for a more reasonable price (price of land + construction costs + small profit margin).

However, as time goes on, lots are becoming rarer and rarer... 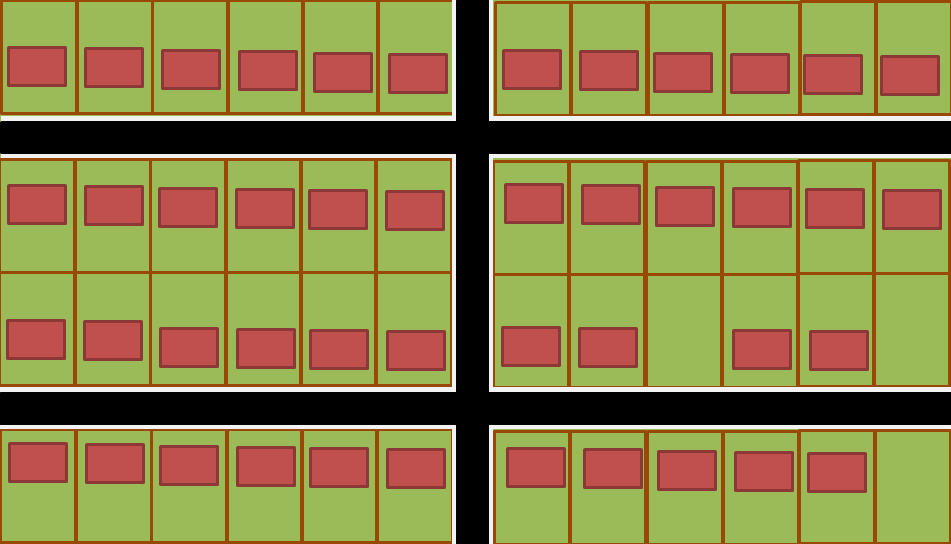 Of 48 lots, 45 are already built, and since only one type of housing can be built, they don't offer any possibility for redevelopment. If the area is desirable and people still want to move in, it has become a speculator's dream for the owners of the remaining lots. They can start raising the price of their land, because they have little competition left, and it's even quite likely one person or company will own all the lands that are left. But you can still build houses. However, if the remaining lots are sold for 150 000$, the cost of building a house is still 200 000$ and the desired profit margin is still 20%, then that means that building a new house will cost 420 000$. That's an increase of 120 000$ or 40%. This is the new "ceiling" for house prices, which means people who move and are selling their houses will be able to ask up to 420 000$, because there is no cheaper alternative.

Finally, you come to this situation: 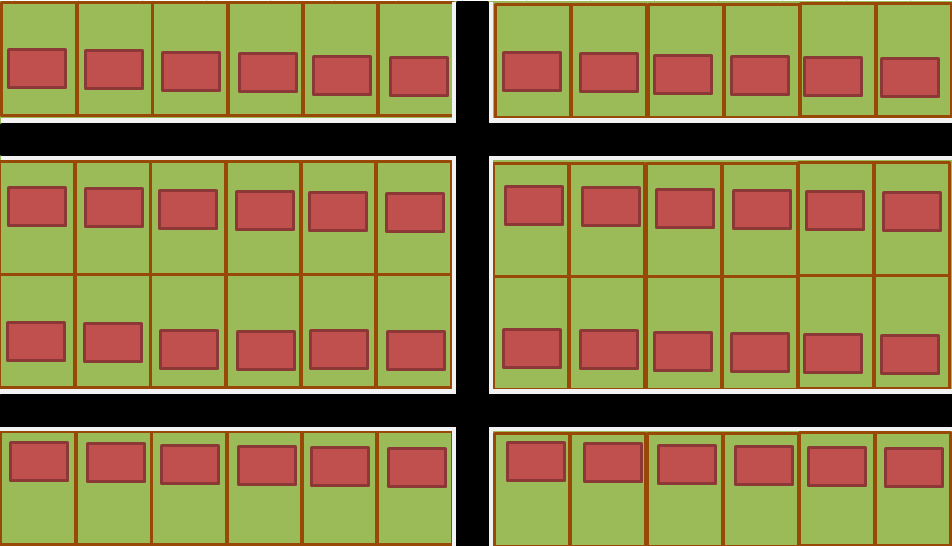 You're built out, you can't add any unit anymore. Since there is no alternative to the housing that's already there to people who want to settle in the area, there is no price ceiling, sky's the limit. This is the result of a restrained supply, in economic terms, the supply line is vertical, no matter how demand increases, quantity remains the same, but prices increase. As long as the area is desirable and there are no other building opportunities close by, prices can double or even triple. Only the richest will be able to afford houses there, and they will frequently buy houses and renovate them to suit their income level.

So what can be done?

Upzoning: open the door to opportunities of building new housing

Upzoning means changing the zoning of the area to allow a greater number of units to be built on the same area. By allowing the replacement of less dense units, you create opportunities to add housing units in a built up area.

For instance, in the previous example, you could allow a lot of different things to be done to build new units.

1- Allow the building of semi-detached houses on the lots

4- Allow the building of low-rise condos on the same lot as the houses, which can have 6 or 8 units in 3- or 4-story buildings

Any way you do it, you no longer limit yourself to 48 housing units in the area, you can build much more of them. Each lot used to be "maxed out", but now you have 48 different opportunities to build more housing, you just need to convince people to sell. Unfortunately, getting prices to go back down is difficult, so you want to do it quickly, before speculation drives prices up too much.

For example, if you allow duplexes when there are already a few lots available for 150 000$ and duplexes cost 150 000$ per unit to build, then each duplex unit will cost 270 000$, cheaper than the houses that would be built for 420 000$ at that point. However, if you wait for there to be no free lot left, replacing houses with duplexes can't get prices down unless prices get really out of control. You will need to buy a 420 000$ house, destroy it then build on it, which is the equivalent of buying a 420 000$ lot. Each duplex unit will cost 432 000$ supposing a 20% margin, a bit more expensive than the bigger house they replace. You need more than a doubling of housing then to lower prices down (though at high enough prices, it can be sufficient). If you build a condo with 6 units instead, and each unit costs 150 000$ to build, then they can be sold for 264 000$.

So, one solution is to simply scrap zoning and any regulations (like minimum parking requirements) that limit density. People build what they want, as dense as they want. There, you never have to worry about lacking opportunities to increase the number of housing units for sale in any area. But if people aren't ready to take that step, then maybe there is an alternative that I came up with (at least, I never saw it before).

An idea to avoid shortages of opportunities: dynamic zoning

Most of the time, in zoning, the zoning remains the same until the city is convinced to rezone it. To me, it's a pretty awful way to do things as elected officials are frequently not experts on such matters and are vulnerable to local opposition even to upzoning that makes sense. In some cities, citizens even ask for downzoning.

My idea is this: considering that when opportunities to add housing grow more rare, you create a shortage of opportunities and open the door to speculators driving up the prices of land and upgradeable housing, and thus of housing, you need to put up an automatic system wherein areas get upzoned dynamically as the area is built up to avoid the situation where you face a shortage of building opportunities.

For instance, let's imagine a zoning code that doesn't care about what kind of building you build as long as it's residential, but that caps building height. Then instead of just saying:

Then you have a code that says:

So when an area starts getting built up, then you can only build 2-story residential buildings. But as the number of buildings increase, maybe the average height reaches 1,5 story, 1,5 plus 50% equals 2,25, rounded up, that's 3 stories. You now allow 3-story buildings to be built. Maybe it's not worth it to replace 2-story building with 3-story ones, but 1-story buildings start looking like opportunities for replacement as you can triple the floor area and the number of units.

Once you get an average height of 2,1, you can now build 4- story buildings, the replacement of 2-story buildings start making sense, etc, etc...

An other way of doing it, which sounds better to me, is simply using the FAR ratio and say, for example, that the FAR of any new construction must be at most twice the FAR of the entire area.

For instance, let's take this area: 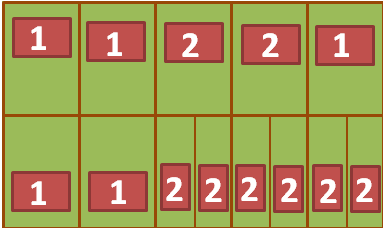 The numbers are the number of floors of each building. The entire area is 100 meters by 60 meters, so 6 000 square meters. And here are the area occupied by each building: 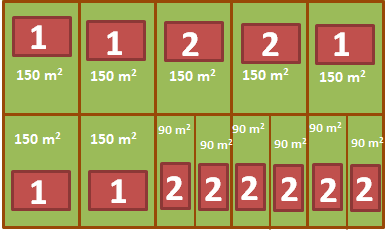 So in this hypothetical situation, new constructions could have a FAR up to 81%.

That way, you can allow for a gradual evolution of built areas, in fact, you cook in automatic upzoning in the zoning code and create a bias in favor of redevelopment instead of a bias against it, as councilors must take action to prevent upzoning, if they don't act, it happens naturally.

This idea of mine is just me thinking out loud, again. The important his is to always make sure there are plenty of occasions of adding new housing units even in built areas, avoiding shortages and trying to disarm speculation before it takes off. That way, you can keep the price ceiling operating and have housing prices be capped by the always present possibility of adding new units.
Posted by simval84 at 10:01 PM