Fear of heights 2: the urbanist edition

I talked earlier about how some people in general were afraid of high-rises, or even just of taller buildings overall. A lot of these people take a NIMBY attitude to height, and to density overall. I also talked about how Euclidian zoning was built to impose certain housing types by making it impossible to build anything else without a zoning change.

But the truth is that NIMBYs aren't the only ones backing height limits, or strict zoning regarding housing types. The fact is that a lot of urbanists embrace the exact same thing, just with some differences.

An urbanist rationale for height limits and zoning: the human scale

Many urbanists have preferences for how cities should look like, but unlike the NIMBYs, they can explain why they have them. In general, the main key word here is the "human scale". Essentially, they want cities to be built to scale to human beings instead of to cars. An average human being is perhaps 1,60 meter tall and walks at 5 km/h, so they require proximity. A car is nearly 2-meter wide and 4-meter long, can go at 100 km/h and more and is hard to maneuver, so it requires a lot of space.

So, what does human scale mean?

It means that you build things in proximity to each other so people can easily walk from one place to another:
Since people walk slowly and are near to buildings all the time, they can spot small details and so you need to give attention to them rather than attention to the general form of buildings:
In commercial areas, the signs advertising the shops will be small and low, near the shops themselves.
On the other hand,car scale is all about wide roads with buildings spread far apart to allow cars to maneuver between them with ease: 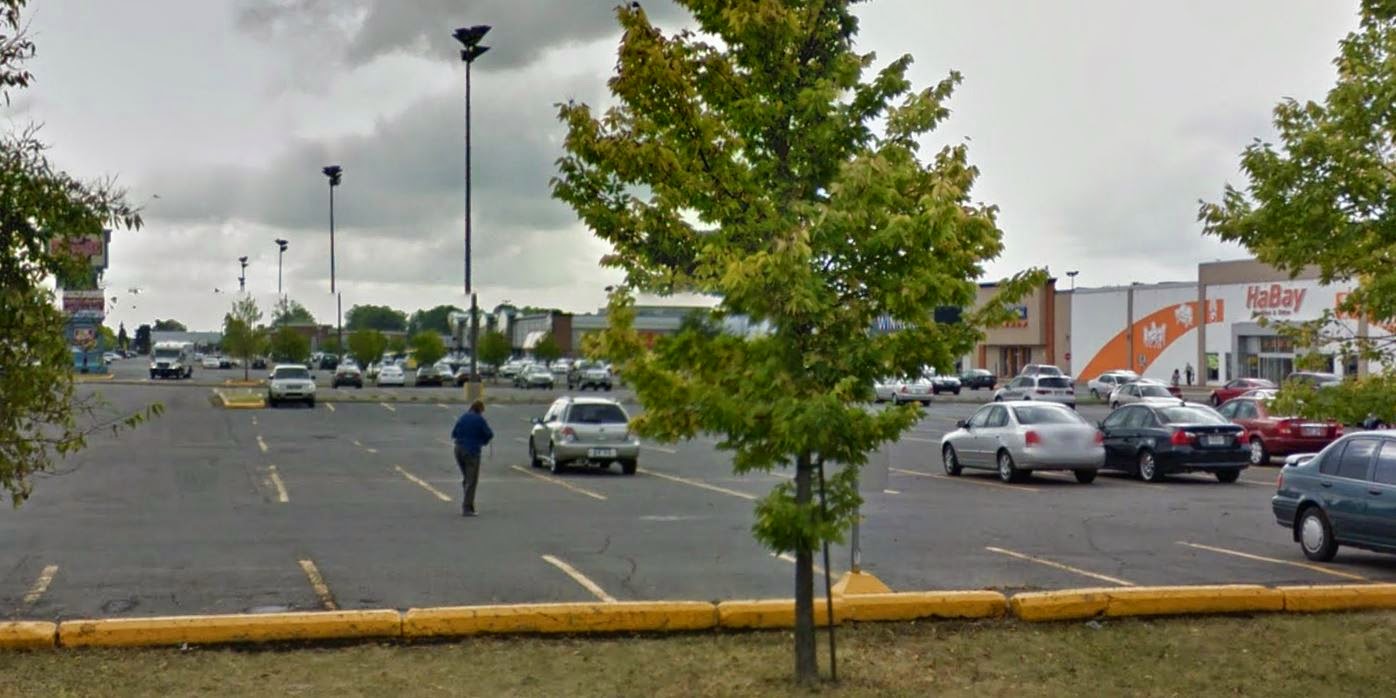 And huge store signs that are very far from the stores, but next to the street to allow cars to see what they advertise: 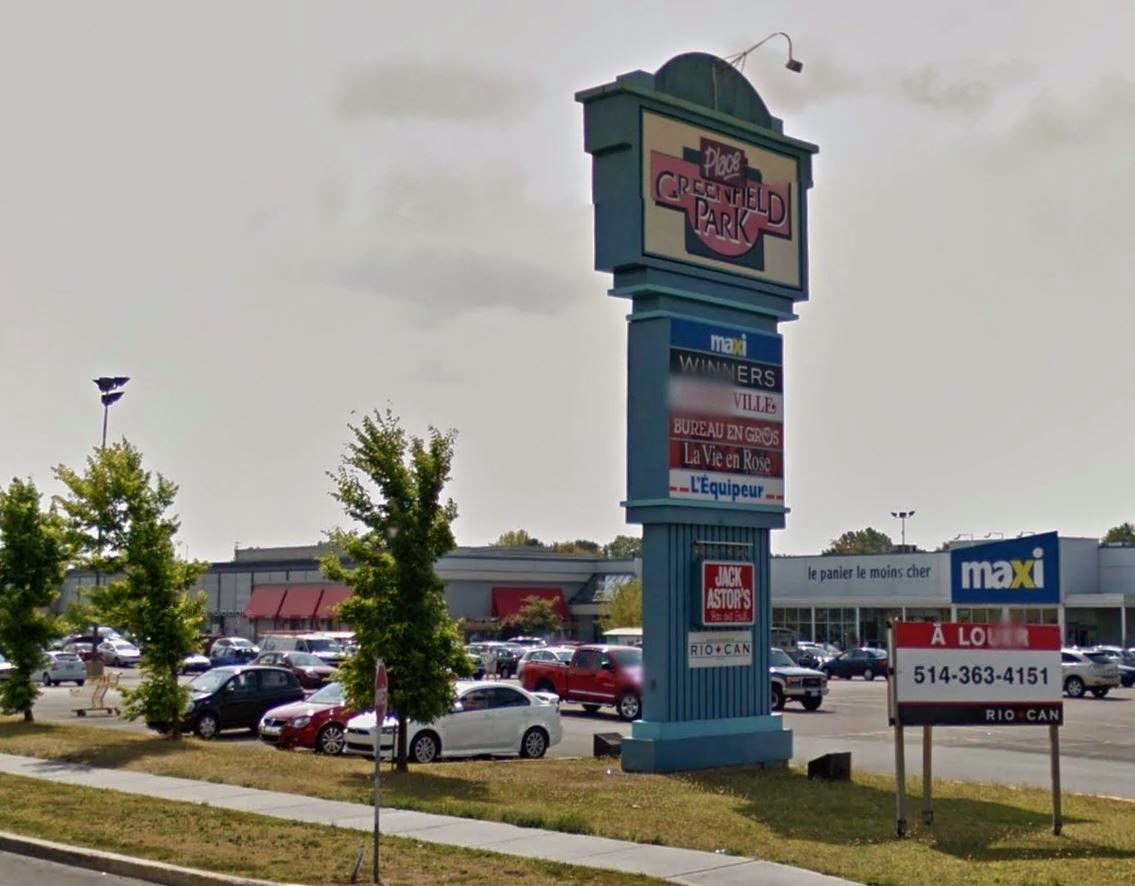 Meanwhile the buildings will be very bland with no attention to detail. Why? Because by the time people are close enough to see those details, they have already made the decision to go in and are on the way in anyway. On the other hand, the general form of buildings may be important for aesthetic purposes, especially tall buildings, since visibility will be so great that people will regularly be able to see them entirely.

The urbanists want to use the design of cities to foster communities, to create places where people can mingle and enjoy. So they explore ways to do just that, study the notion of psychological enclosure (we don't like open spaces much, we tend to feel more comfortable in forests or in cities where we feel buildings and trees enclose us), the notion of distances that allow human interactions (if we are too far away, we struggle to recognize people and it's hard to communicate verbally and non-verbally), etc...

That's all fine and good. Their explanations make a lot of sense, however, the problem is when these explanations are converted into building and zoning rules. Some of them likely make sense, and I'd support them... but it still raises a crucial question:

Where is the line between making rules to avoid bad design that deprives people of choice and making rules that essentially impose one's personal preferences on others?

For instance, because of the distance limit for human interactions, some urbanists favor only low-rise developments, 3 or 4 stories, maybe 5, with balconies for every apartment. But some have pushed it farther, they argue to outright ban buildings bigger than 4 or 5 stories, mentioning how taller buildings break the human scale. It may take the form of urbanists defending the height limits of Washington DC, trying to keep heights low in San Francisco or capping stories at 4 in the Plateau-Mont-Royal borough in Montréal, despite all these places being renowned for pro-urbanist thought.

Now, it is certainly true that apartments above 5 stories are isolated from the street below. But is it really so bad that we should ban them? Some people are social and like frequent interactions, other people are more introverted and like to be alone. For these people, the distance with the street in their apartments may well be something they seek, just like some people like to live in culs-de-sac.

The way I see it, blanket height limits are not about good design, but about imposing one's preference on others, about making the isolated apartment high up illegal. I'd understand setting rules to avoid permanent shadows on the street, like by asking higher floor be set back from the street further or only allowed on larger streets. That way, the first 3 or 4 floors can be the low-rise buildings that favor life on the street, and the floors above that can be a little set back, not disturbing people on the street, even if they don't add to it.

We all know the "tower in the park" was a terrible idea, but that's not an indictment of towers in themselves, but of the ways they were built: far from the street, in parks or parking lots, and far way from each other, hurting the urban fabric.

Some urbanists also say that having an aesthetic city is a boon to city life, which is defensible. But then again, what is an attractive city? Many urbanists in North America are influenced by Europe, which is true has better urban practices than us for the most part. But the European model is classical, one of orderly blocks of harmonious buildings.
I'm certainly not denying anyone the right to like these types of cities of harmonious buildings all with the same size and look. But the cities closest to my own heart are much different. I prefer the Japanese cities full of mismatched buildings, old and young together. To my eyes, they look "organic", they react and grow depending on what the residents need and desire whereas European cities look frozen in time.

And it's not like one could say that Japanese cities don't work at creating life on the street and at favoring active modes of transport. They work at achieving what urbanists set out to achieve. So is the European model really superior? Or can people agree to disagree whether ordered buildings and organic developments are best and more pleasant?

And the idea that harmonious buildings with similar heights are necessary to attract pedestrian life spits in the face of my own experience in Montréal, where Ste-Catherine street is one of the most vibrant commercial arterial street, where I love to go. And buildings over there are certainly not harmonious:
OK, so you have large 6,7,8-story buildings, small 2,3-story buildings and a building almost like a skyscraper quite near. Those who favor "harmony" would say that this is pretty bad, plus some are recent of concrete, steel or glass, whereas others are in brick or stone, quite eclectic.

But for a pedestrian, here is what it looks like most of the time:
As a pedestrian, I mainly look down, not up, and am attracted to the details of the buildings next to me, the shape and size of buildings of the farther side are in my peripheral vision only, I don't actually pay heed to them, and I can't even see how tall the buildings closer to me are unless I tilt my head back, and who walks around doing that? And do the people there seem repulsed by the eclectic buildings on either side of the street? Of course not, as you can see, it's full of people. So I am quite skeptical of the "common knowledge" of some that height limits and harmony are needed for cities to fulfill their purpose.

There is also always the possibility that we might have gotten it wrong in some way, which should raise some strong alarms, because this wouldn't be the first time we got it wrong.

The precedent, how arrogance and ignorance conspired to create sprawl

One big reason why I am wary of imposing preferences through zoning is that this was largely done after WWII. Much of the development rules we have implemented in the past 60 years were decided by elites who assumed that their own preferences were everyone else's too, and who decided to adopt rules to allow as many people as possible to live the same way they lived.

Essentially, the elites in the post-WWII era were big car lovers for the most part. They saw cars as a very fast and efficient way to get around. They were also often rich and loved the big estates the rich largely used to live in. So when they started making rules to guide urban developments, they took their own preferences and tried to adapt them so that people could live as much like they wanted to live as possible.

The huge estate was thus converted into a middle-class single-family home with a large lawn, a small replica of the rich estate. This model was the one favored by planning agencies, which imposed them on most new developments through zoning.

Being car lovers, they decided that it was the government's responsibility to see that road capacity and parking amount were sufficient to allow everyone to drive everywhere. Now this has not been possible everywhere, and some cities refused the changes that it would have entailed (New York, San Francisco, etc...) but in many American cities, they have essentially managed it, with cars having 90+% of the share of all trips. Something that would never have been possible unless governments spent fortunes to provide wide roads exclusively for cars and guaranteeing sufficient parking through parking minimum rules. The funding model chosen to fund all this was all about taking the expenses of this lifestyle away to make it as cheap as possible... by making the costs weigh upon everyone for it.

By doing so, they made cities almost unwalkable and made transit horribly uncompetitive, but they didn't care, because their preference was the car and they assumed that everyone would have the same preference. It wasn't evil intent, they thought that they were adapting society for more efficiency in transport and making sure that people would have the housing everyone should desire, because they sure did.

So the elites imposed their own preferences on us, and it created sprawl that most now see as an inefficient and terrible way to build cities.

Keeping that in mind, I am wary of urbanists deciding what we should impose as developments instead of sprawl. Maybe it makes a lot of sense to do things these ways and I may even agree with many of these recommendations. But I think imposing preferences is wrong. Not everyone likes the same thing and I don't think adopting rules to create one's preferred urban environment by banning any alternative is reasonable.
Posted by simval84 at 11:42 PM